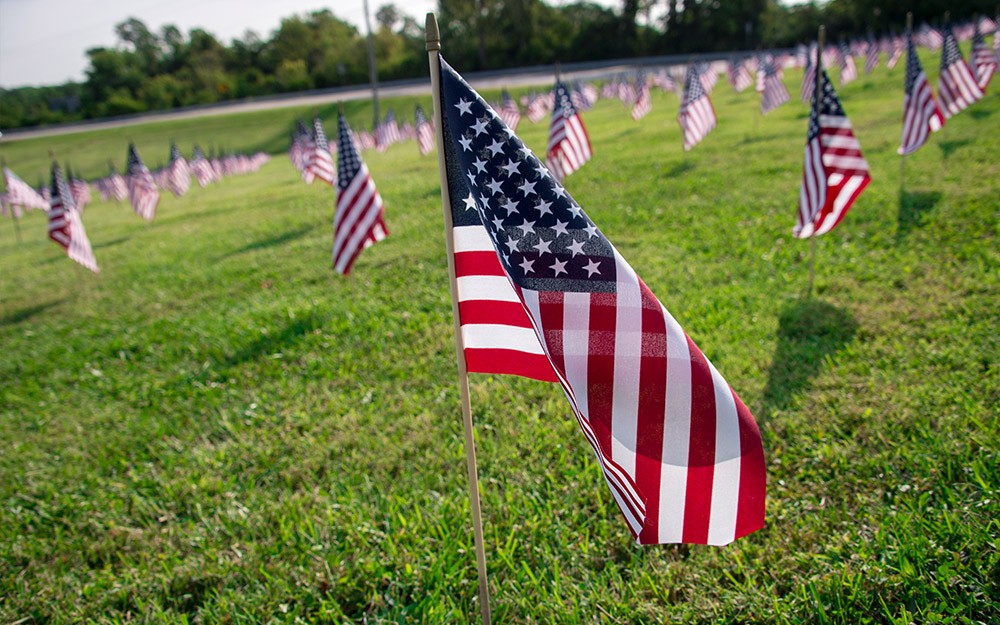 The Following men all served in Alpha Company 3rd Reconnaissance Battalion. Forty-nine men were Killed in Action.  Eight additional men were Killed In Action after leaving Alpha Co, and serving in another reconnaissance company, or other Marine unit. Those names are highlighted.

Note: Pfc Robert W. McGill was added to our Wall of Honor during 2021.

The following men were declared Missing in  Action / Bodies Not Recovered from Alpha Company patrols during the War. All of these men were either known to have been killed or believed killed by their team survivors. There is one exception and that is GySgt Di R. Ibanez who was believed captured by PAVN Forces.

The below names, highlighted, are still Missing In Action. The others have all been located, identified, and returned home to their families. We pray that one day the remaining two men that are still missing will be returned home.

It is the policy of the Alpha Recon Association to reach out to the families of these men and assist them in any way possible. We also work very closely, professionally, and behind the scenes with numerous Department of Defense agencies to provide them with documents and to enable them to have interviews with our surviving members. We are compelled and driven to provide all information possible in an effort to assist the Joint POW/MIA Accounting Command (JPAC) in locating and searching our loss locations.

We pray that one day the remaining two men will be returned home to their families. 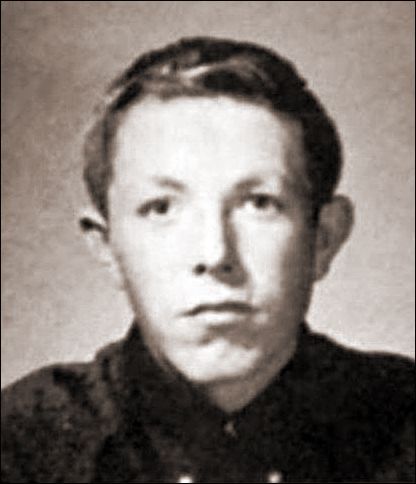 On 8 July 1966 LCpl Ronald Lee Longanecker, age 18, became the first Marine who was killed in action from hostile causes in Quang Tri Province. He was a member of Alpha Company, 3rd Recon Battalion.

The following is taken from the After Action Report 3-66 dated 8 July 1966 and from my personal memories.

On 23 June 1966 a recon unit was formed from Recon Group Bravo which at the time was located at Phu Bai and moved to an area near the Dong Ha Airstrip. The reconnaissance operation was called Task Unit Charlie. It was sent north to verify if the NVA had infiltrated through the DMZ. This task organized mission was in support of the forthcoming Operation Hastings. On July 1st patrols began to be inserted by CH-46 helicopters into the unknown jungle terrain. Between 1-7 July, four recon patrols were inserted but then emergency extracted because of massed troops of the North Vietnamese Army that were occupying the zones.

On 8 July at 1630 hours, Recon Team Partyline, a sixteen-man patrol, was inserted at YD058498. Upon insertion, it was taken under fire by numerous small arms and automatic weapons. It was extracted without incident. At 1815 hours the team was in the process of insertion into a different zone, at YD072468, when NVA were observed in the LZ. The NVA opened fire and the first helicopter pulled out of the LZ and radioed the second to do the same. The second helicopter attempted to pull out before landing but lost engine power. To lighten the load, the pilots jettisoned fuel but crashed while doing so and immediately burst into flames. All but one Marine was able to exit the burning helo. Ronald Lee Longanecker perished in the blaze. The reconners and the helo crew then evaded the NVA and were picked up by another helicopter at YD059465. During this attempted insertion seven men from the Partyline  Team were also WIA.

For Further information on the efforts of DOD of searches of the Crash location can be found at https://www.alphareconassociation.org/rlonganecker.html

Ronald is listed on the Honolulu Memorial in the Courts Of The Missing Plot. 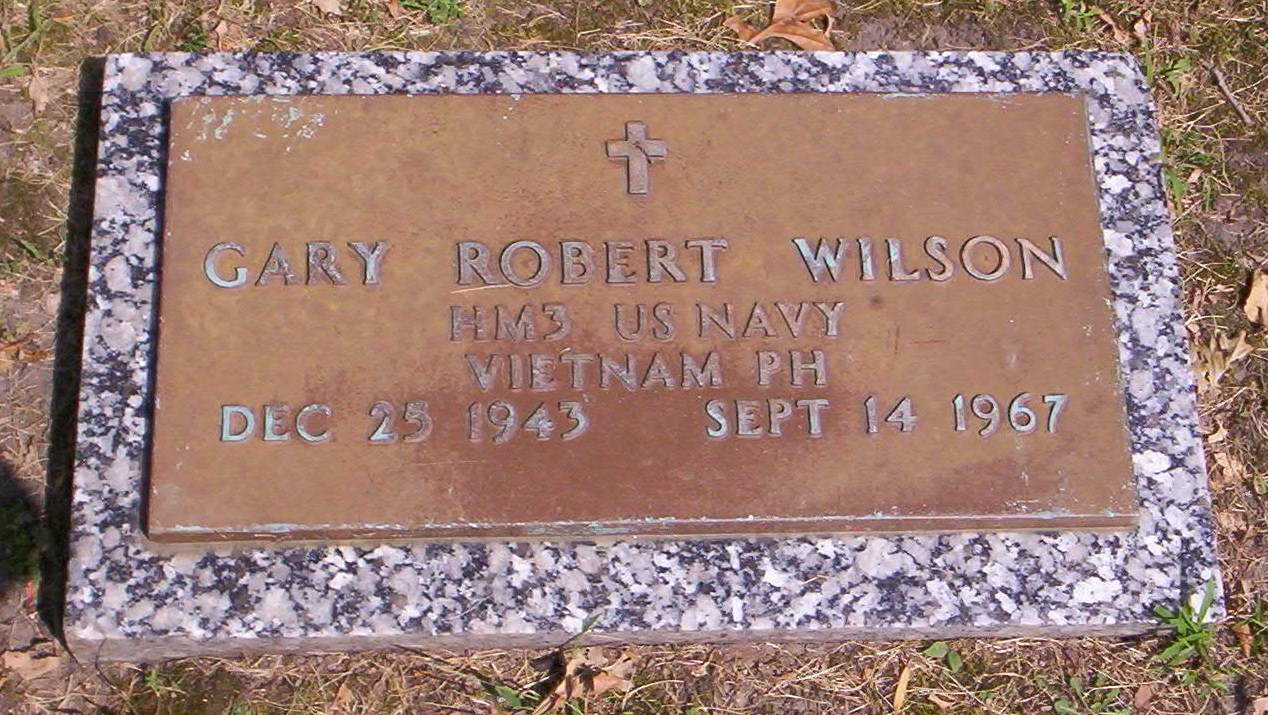 On 14 September 1967 Doc Wilson was a member of an Alpha Company Patrol that was operating west of Phu Bai. He was declared missing in action after the team came into contact with enemy forces. Wilson’s remains were recovered and returned during 1970.

The following information was found in the 3rd Reconnaissance Battalion Command Chronology for the month of September 1967. This was recorded in the summary page:

“ A patrol operating in the vicinity of (YC8997) conducted 48 ½ hours of reconnaissance and surveillance which resulted in 1 contact with 2-6 VC. Contact resulted in 1 USMC KIA, 3 USMC WIA and 1 USN WIA. As the USN WIA was being hoisted into the med-evac helicopter a red smoke grenade inadvertently went off inside the helo. In the ensuing confusion the elicopter lurched forward and the Wilson fell and was lost in the jungle (1 USN MIA ).”

An inquiry was made with Department of Defense and the following information was learned. On 13 January 1970 a patrol from the 54th ARVN Regiment came upon some remains at YC891977 (about 30 kilometers southeast of FSB Rifle) and sent them through the 85th Evacuation to the mortuary. These remains were later identified as Gary R. Wilson through a dental comparison. 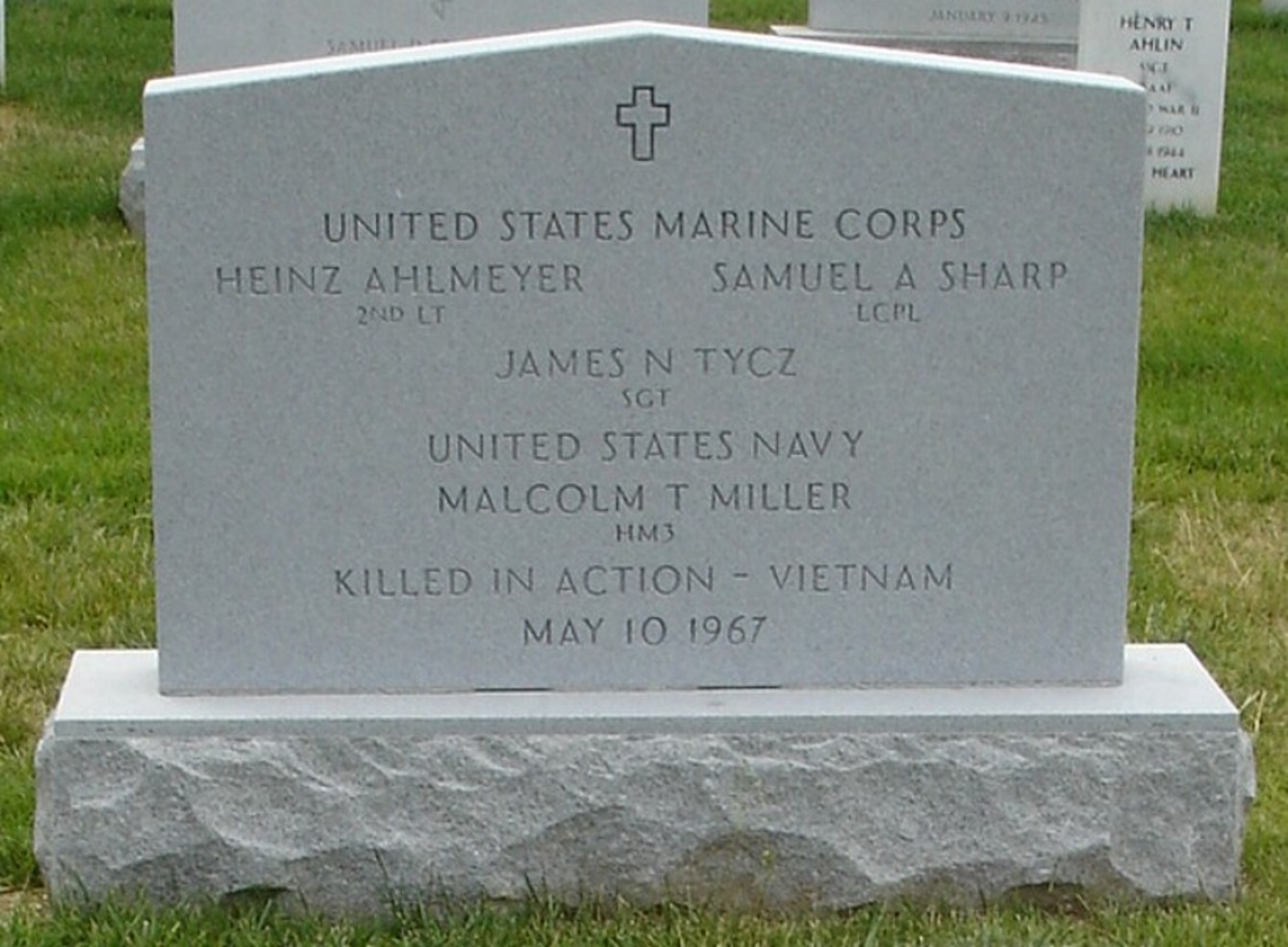 Ibanez is listed as missing at the Honolulu Memorial Court of Missing.

On 04 June 1967 at 1645hrs Recon Teams 4A1 and 4A2 (Combined Patrol) were inserted by truck at XD 885399. The insertion point was on Rt. 9 approx. 2500 meters S.E. of Khe Sanh Combat Base. The team moved to XD 905399 and set in for the night. This location was a hill top on a razorback ridge that overlooked Rt. 9 from the north. The teams’ mission was to locate a suitable landing zone and an area for a infantry battalion sized command post. The terrain on this ridge line was covered by fifty-foot jungle canopy and elephant grass 5-8 feet tall.

At 0010hrs, during a heavy rain, several members of the team heard a sound like someone falling in the brush about thirty meters from their position. About five minutes later the patrol heard a short (one second) human groan. The team checked the area where the sound came from and Sgt. Ibanez was discovered missing.

At first light the area was searched again. A fighting hole which would hold three people was found fifty meters east of the patrols harborsite. It showed signs of recent use. An enemy harborsite was also located pprox.. 20 meters east of the fighting hole. It was large enough to hold 8-10 people and also showed signs of recent use. Sgt. Ibanez’s gear including his rifle and grenade bag was found at the location of his position during the night. Drag marks were found and also located was a cracked dental plate, covered with the same blood as Ibanez AB negative at XD 903400 a distance of approx.. 150 meters N.W.from the Marine Harborsite.  Ibanez was reported missing by radio at 0700 hrs.

An infantry patrol from A/1/26 also searched the area with negative results.

No trace of Ibanez has ever been found. He was listed as missing in action until March 1978 when the official loss record was changed to Killed In Action Body Not Recovered.

During the time Ibanez was listed as Missing In Action the U.S. Government promoted him from E-5 to E-7.

There can be no doubt that the PVAN soldiers captured Ibanez and to this day no accounting has ever been made through the joint US and Vietnamese discussions in these matters. 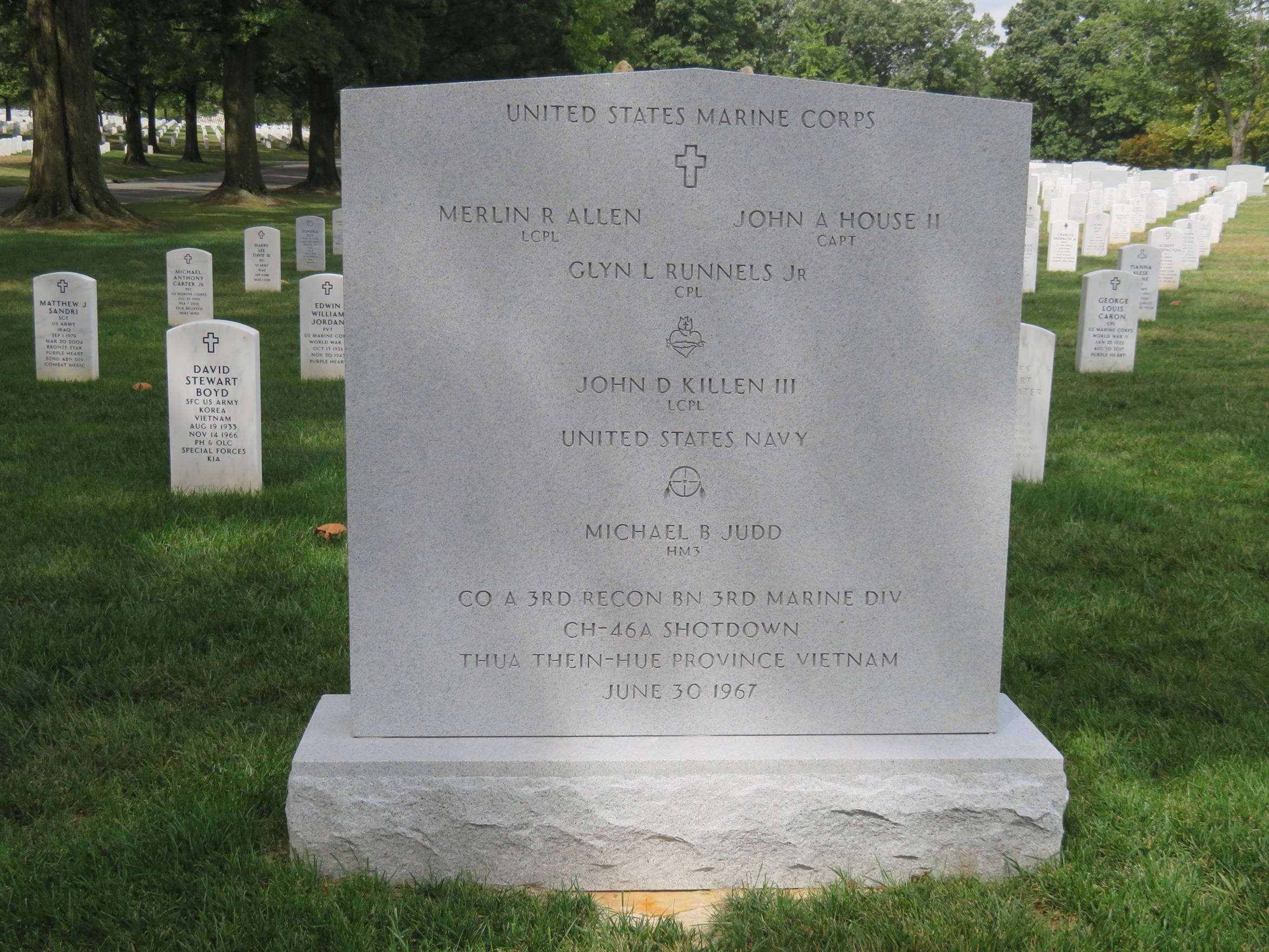 The Defense POW/MIA Accounting Agency (DPAA) announced that the remains of three U.S. servicemen, accounted for from the Vietnam War, are being returned to their families for burial with full military honors.

Partial remains of two other servicemen who were lost in this incident and were individually identified in 2013, are also represented in this group. They are Marine Lance Cpl. Merlin R. Allen, 20, of Madison, Wisconsin, and Navy Hospital Corpsman Michael B. Judd, 21, of Cleveland, Ohio.

On June 30, 1967, House was the pilot of a CH-46A Sea Knight helicopter, who with three other crew members, was attempting to insert eight members of Company A, 3rd Reconnaissance Battalion, 3rd Marine Division, into hostile territory in Thua Thien-Hue Province, Vietnam. As the helicopter approached the landing zone, it was struck by enemy fire from the surrounding tree line, causing the aircraft to catch fire and crash. Although three crew members and four of the reconnaissance patrol passengers survived and were later rescued, House, Killen, Runnels, Allen, and Judd died in the crash.

In 1993, a joint U.S./Socialist Republic of Vietnam (S.R.V.) team investigated the case in Thua Thein-Hue Province. The team interviewed local villagers who claimed to have discovered an aircraft crash site in 1991 in the nearby forest while searching for wood. The team surveyed the location, finding helicopter-related wreckage with no distinguishing markings.

In 2012, joint U.S./S.R.V. recovery teams excavated the crash site and recovered human remains, material evidence, life support equipment, and aircraft wreckage from the CH-46A helicopter. Additional recovery efforts in 2013 and 2014 failed to yield any additional human remains. Vietnam’s support to the U.S. accounting mission was vital to the recovery of these individuals.

DPAA is grateful to the government and people of Vietnam for their partnership in this mission.

Today, there are 1,594 American servicemen and civilians still unaccounted for from the Vietnam War. House’s, Killen’s and Runnels’ names are recorded on the National Vietnam Veterans Memorial in Washington, DC, and the Courts of the Missing at the National Memorial Cemetery of the Pacific in Honolulu, along with others who are unaccounted-for from the Vietnam War. A rosette will be placed next to their names to indicate they have been accounted for.

For additional information on the Defense Department’s mission to account for Americans who went missing while serving our country, visit the DPAA website at www.dpaa.mil, find us on social media at www.facebook.com/dodpaa or call (703) 699-1420/1169.

The Return of Recon Team Partyline One 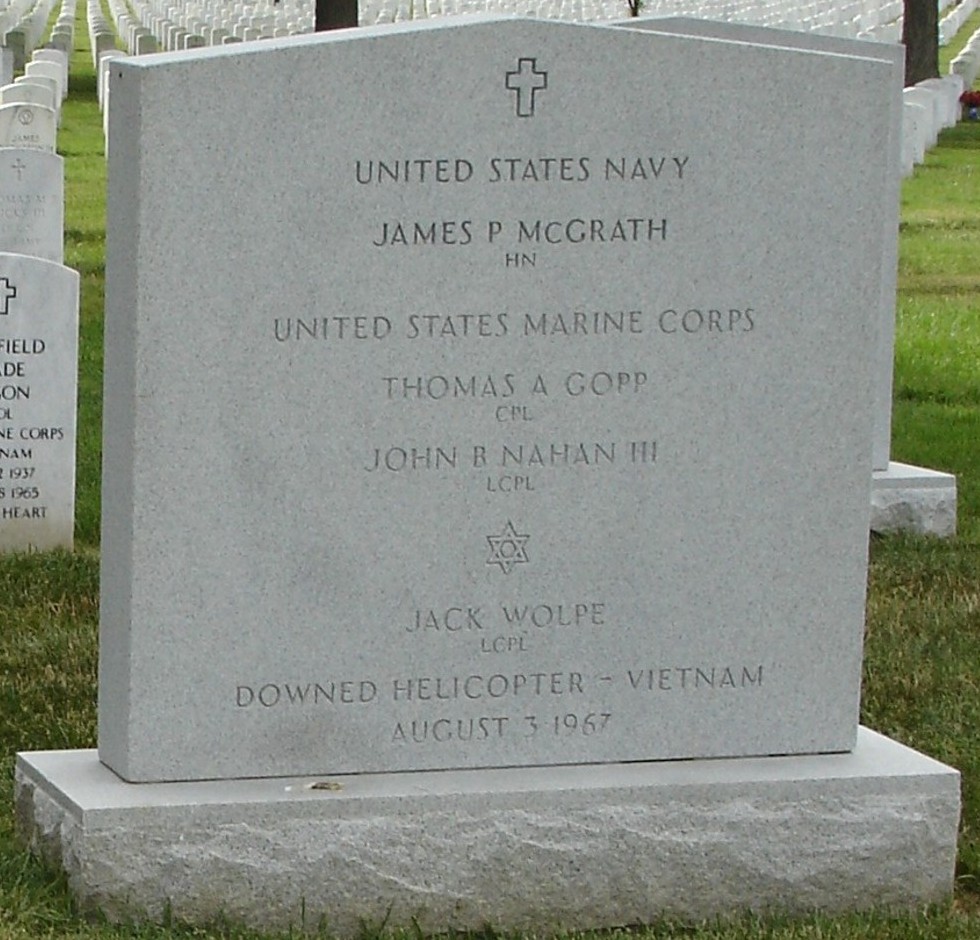 Reconnaissance Patrol Partyline One was attacked by NVA forces during the emergency extraction of the patrol from the Southern A Shau Valley on 3 August, 1967. Three patrol members and a crewman from the CH-46 attempting the extract were killed when a rocket propelled grenade exploded inside the helicopter as it was hovering in the zone. The surviving patrol members and air crew were subsequently extracted by the back-up helicopter. The enemy situation in and around the landing zone prevented recovery of their bodies.

The Joint Task Force, Full Accounting (JTFFA) conducted several recovery operations in and around the crash site during the 1990 timeframe. Remains were eventually recovered by excavation of the site and sent to the Army Forensic Laboratory in Hawaii. Family members were eventually notified that their remains had been identified.

There was a Memorial Service at Arlington Cemetery for McGrath, Nahan, Wolpe on 9 November 2001

Further information is at   http://www.vietvet.org/partyline1.htm