Please note that the original copies of these reports are in very poor condition. I have retyped this information with a diligence for accuracy. It is reproduced here as recorded.

CoA (-) will conduct area Reconnaissance of TAOR's 3 and 4 from 12 July through 14 July utilizing day and night foot patrols in conjunction with daytime OP's.

a. Concept of operation. The 1st and 2nd Plts of CoA w/attachments will leave LZ Finch 121500. The 1st Plt will land at Dai Loc and the 2nd Plt at LZ PELICAN. The plts will then carry out their assigned missions returning to the pickup points NLT 171700H.

a. 3dReconBn SOP for communications pertaining to company sized operations.

b. All stations report each hour on the hour and at other times deemed necessary. Position reports will be asked for using the code "BRAVO REPORT". A report of "ALL SECURE", SITUATION REMAINS THE SAME" WILL BE REPORTED "Alpha Sierra Sierra Romeo Sierra"

g. UBC: Black Night, 1st Letter Starting with The Day Of The Month. Change Daily at 0001.

h. Company Commander with 1A. 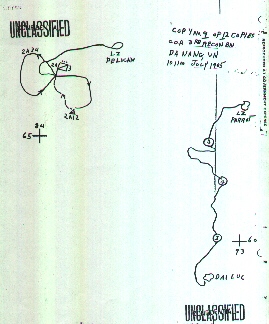 DESIGNATION OF PATROL: SCAT A

121815 July 65, Cordinate 927608, Flushed enemy position. Defended by estimated enemy company. Received MG, A/W, and small arms fire from three sides. Returned fire and knocked out one MG with four rounds M-79. Called for helo evac and fought back to LZ. Picked up at LZ at approximately 2115.

See Enclosure (2) sketch of zone of action and positions.

See Enclosure (3) chronological report of all messages received from Co. A.

Upon approaching the village of AN MY (3) the platoon was split into two teams with Lt. Henderson to approach the village and Lt. Reasoner to continue along the road. Upon reaching the village the first two houses approached were apparently deserted. Continued past and hedge row and discovered a family of eight hidden in a protective hole. At this time we determined that we had located something and then we started to receive AW fire from two sides. Lt. Henderson received word from Lt. Reasoner to withdraw towards the LZ south of us and at that time Lt. Reasoner and the remainder of the platoon started to receive MG and A/W fire from three sides. SSgt Knee the platoon sergeant was with Lt. Henderson and was WIA early in the firing. LCpl. Shockley was with Lt. Reasoner and was the enxt Marine WIA. Lt. Reasoner attempted to make his way to Shockley under heavy fire from the machine gun that had the area bracketed. It was at this time that Lt. Reasoner received gun shot wounds. The platoon fought its way from its position carrying the WIA's with them and all that was left behind was one (1) M-14 with the bolt removed; One (1) PRC-10 radio set that had been shot in two aand in an inoperable condition and six packs.At approximately 2115 the platoon was evacuated by helicopter under heavy fire from all sides.

8. RESULTS OF ENCOUNTER WITH THE ENEMY:

Estimated strength of VC company 75-125. From reports from members of the platoon it is fixed that there were 13 VC KIA and a probable 4 more KIA. Three to five were from the results of the M-79 rounds and the remainder from rifle fire. An unknown number of VC WIA resulted from the throwing of grenades.

10. CONCLUSIONS AND RECOMMENDATIONS: Platoon apparently flushed an enemy company that was possibly preparing for an attack on thee HQ located at DAI LUC.

It is recommended that the TE of the Reconnaissance Battalion be modified to include two M-79's per platoon.

11. ADDITIONAL COMMENTS BY DEBRIEFER: It is possible that the VC attack was conducted by the company mentioned in I Corps ISUM #190 para 2.L.The VC contacted were noted to wear steel helmets and of particular note was the fact that all appeared to be wearing ponchos. In this particular patrol the scout dogs did not perform as well as expected as indicated from previous use.

NOTE: THE ALPHA RECON ASSOCIATION has copies of the supporting statements used in the issuance of the Medal of Honor Award and the other personal decorations for Gallantry in Action during this patrol. Also in our possession is the hand drawn diagram of the zone of actions and positions of both enemy and USMC. Additionally we have the written radio transmission log which is a chronological report on all messages received.

Frank Stanley Reasoner was Awarded The Medal Of Honor.

He was the first Marine to Receive the Medal Of Honor in Viet-Nam.

The following Marines also were personally decorated for Valor. 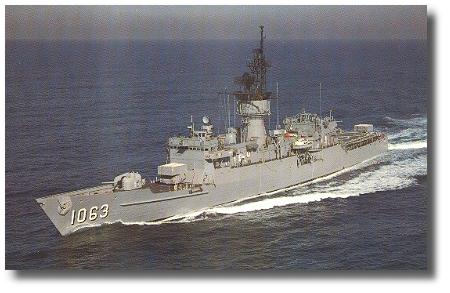